– I don’t’ want to rule the world, I just want to be a consultant –

Winner of 7 open innovation challenges and short-listed for another 4.

In love with visual poetry. Explorer of the ways science meets art. Magician and Artist. 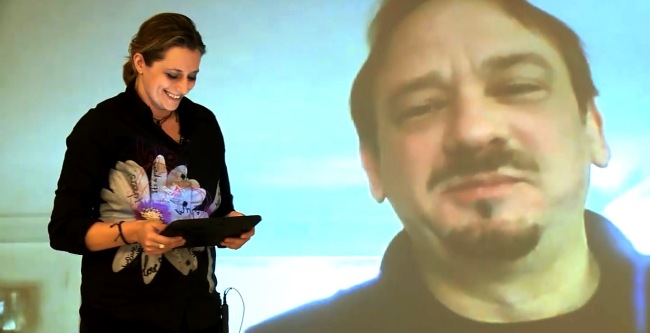 When it comes to the personal side of his life, Michael has his mom, his three brothers and many friends scattered all over the world.

When he is not working he:

– tries out new restaurants with his friends

He has several friends who are accomplished musicians/composers and so he has many opportunities to hear original music (mostly modern instrumental, free jazz, electronica, indy rock/punk). Quite an opportunity!

If you ask Michael about his favorite films, music and books, you have to be prepared to take notes. One can write a few blog posts just about that! And you can bet I will!

Recently Michael had first New York City showing of an art work at the Hall of Science Museum as part of the juried exhibition Science Inspires Art – The Brain.

The problems he succesfully answered through open innovation are:

When I asked Michael to give a title to his interview he answered: Dr. Solve Love, or, How I learned to stop wasting R & D money and love the crowd.

This site uses Akismet to reduce spam. Learn how your comment data is processed.